Two students, Samara Tawziat Choudhury and Bushra Anjum, from the School of Life Sciences at IUB participated in the local heats of the FameLab annual science communication competition held between 18th and 24th March, 2018 at the British Council Auditorium. They were among a handful chosen to compete in the national heat which is to be held on 12th April, 2018 at the British Council Auditorium. The national champion will compete with the champions from the twenty-nine other participating countries at the Cheltenham Science Festival in the UK for the title of the FameLab International Champion 2018.
The annual competition requires participants to explain a scientific concept or discovery within three minutes. By enforcing brevity, the competition seeks to showcase the importance of clear, concise, and thus, effective scientific communication. 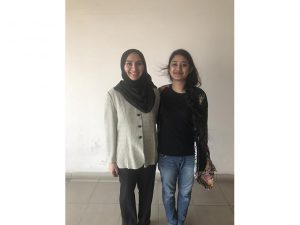 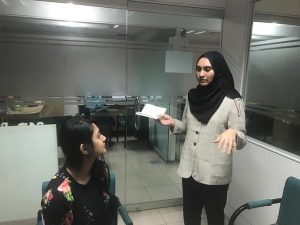