The School of Life Sciences, SLS, at IUB organized a study tour to The Bangladesh Rice Research Institute, BRRI, in Gazipur on May 22, 2014.  A total of 22 students among the 25 enrolled in SLS, Dr. Rita Yusuf, the Dean of the School,  six faculty members, and the program officer participated in the tour to the second largest rice research center in the world.  The Chief Scientific Officer and Head of the Agronomy Division, Mr. Md. Abdul Jalil Mridha, formally welcomed the visiting IUB group and presented an interactive powerpoint session about BRRI.  Mr. Md. Imran Ullah Sarker, Scientific Officer, Soil Microbiology Division also offered a powerpoint presentation on Biofertilizers.  Afterward, the students and faculty members were given a walking tour of the overall facilities where they were shown the infrastructure and equipment of the various laboratories – the Biotechnology Lab, the Soil Microbiology Lab, the Plant Breeding Lab, and the Genetic Resources and Seed Division (Gene Bank).  Throughout the tour, the students were briefed about the background, goals, and achievements of BRRI as well as the cutting edge scientific investigations that are being performed.  The scientific officers at BRRI were impressed by the SLS students’ curiosity and thought provoking questions. 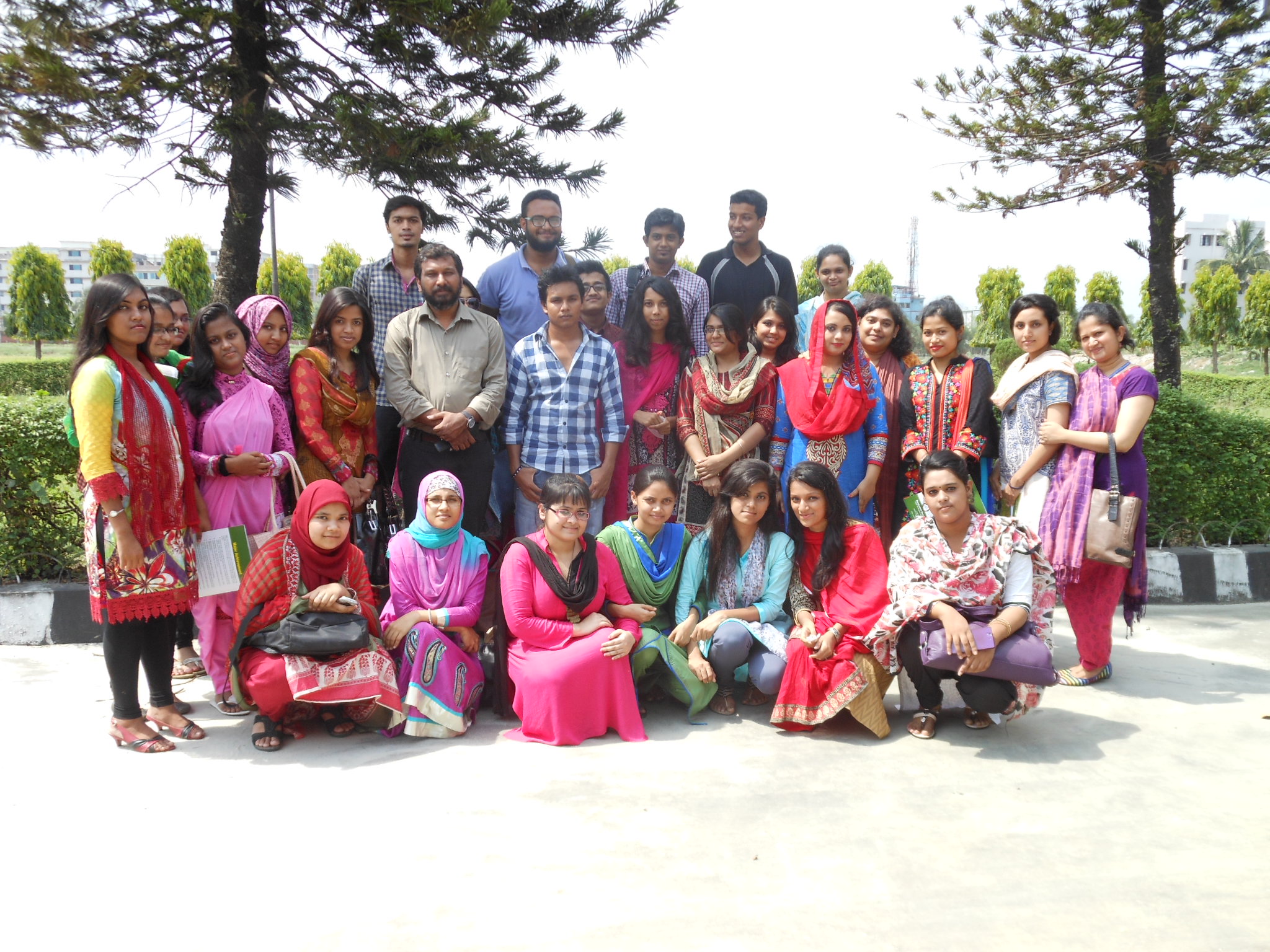 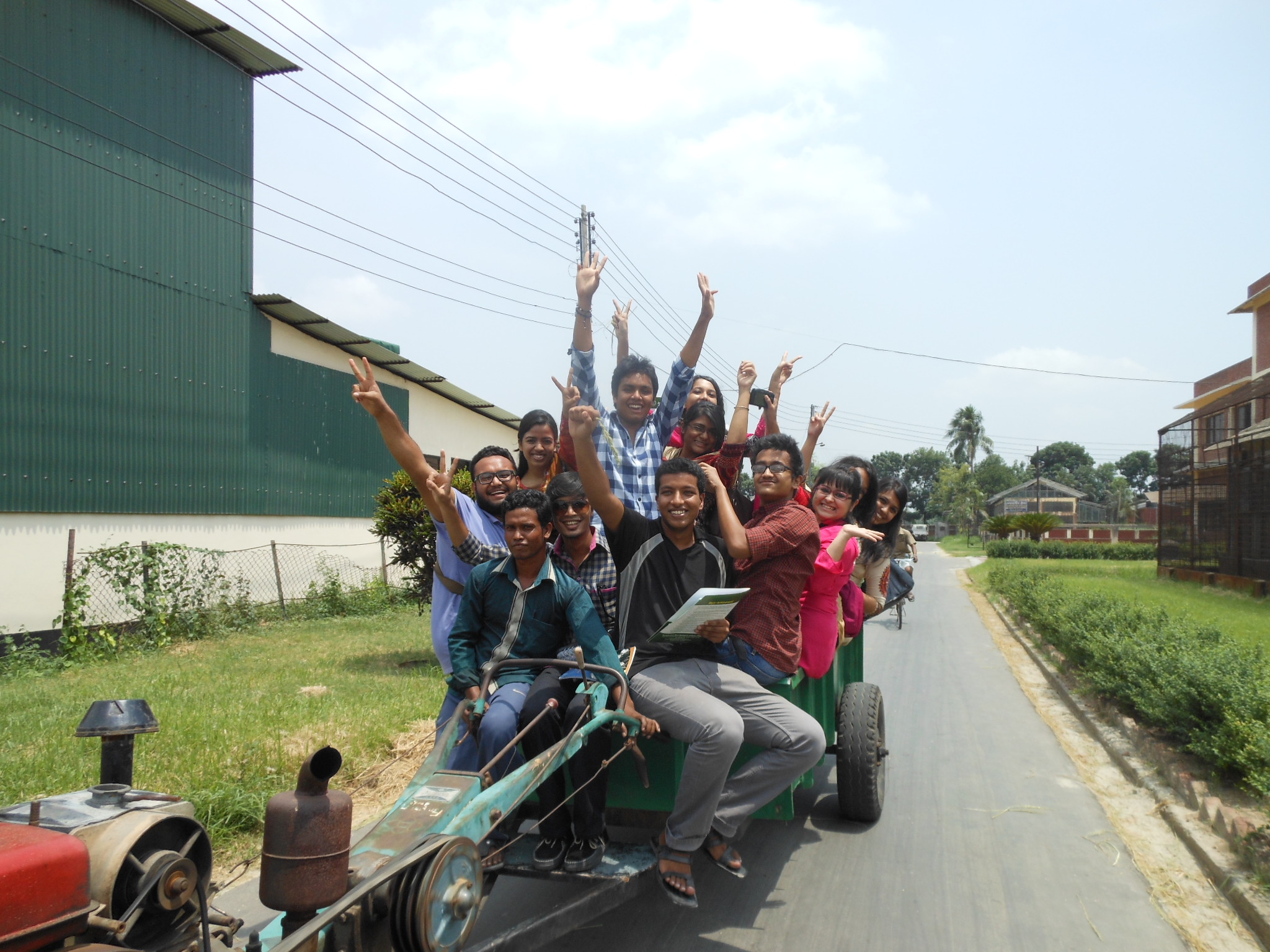 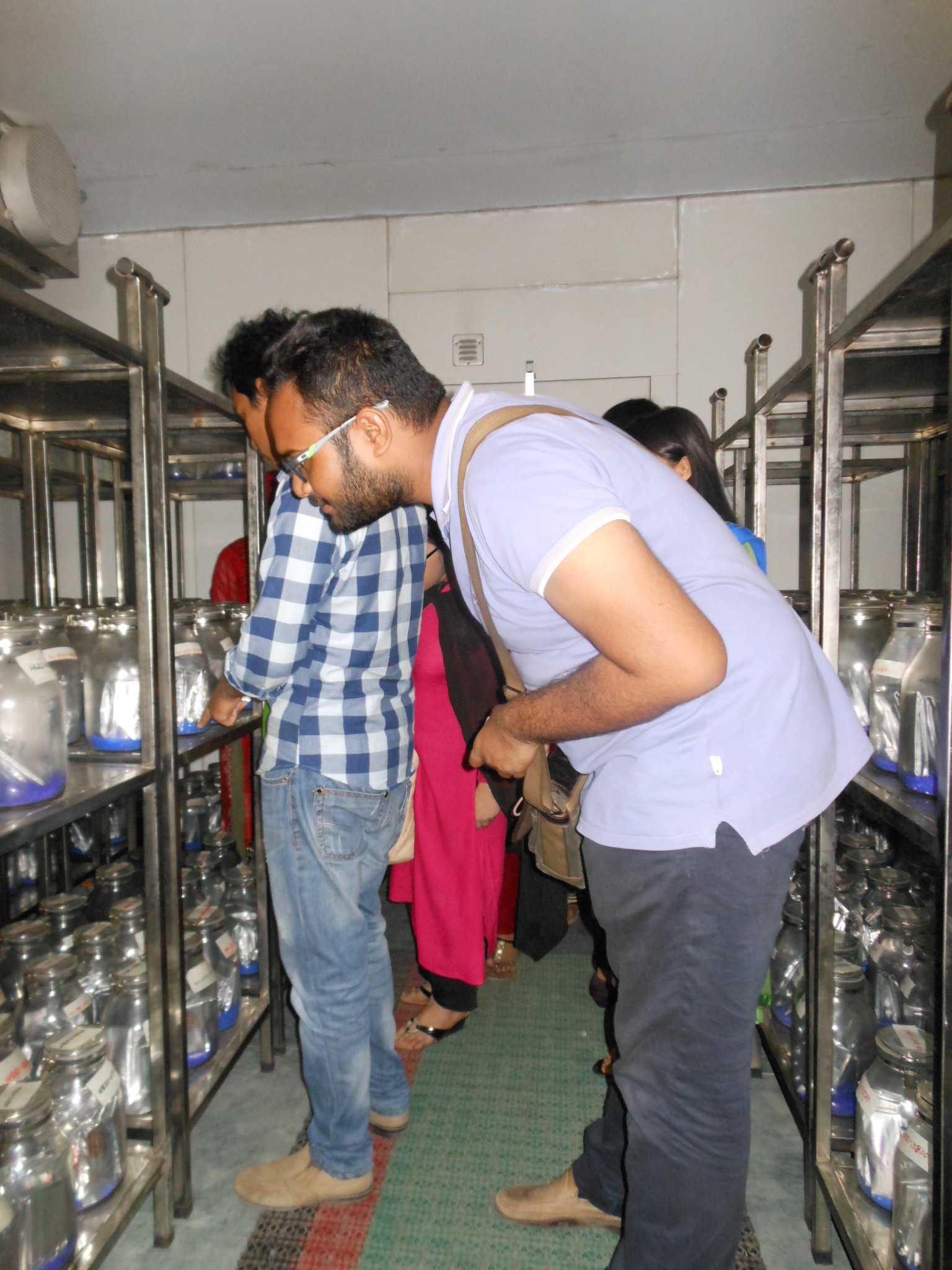 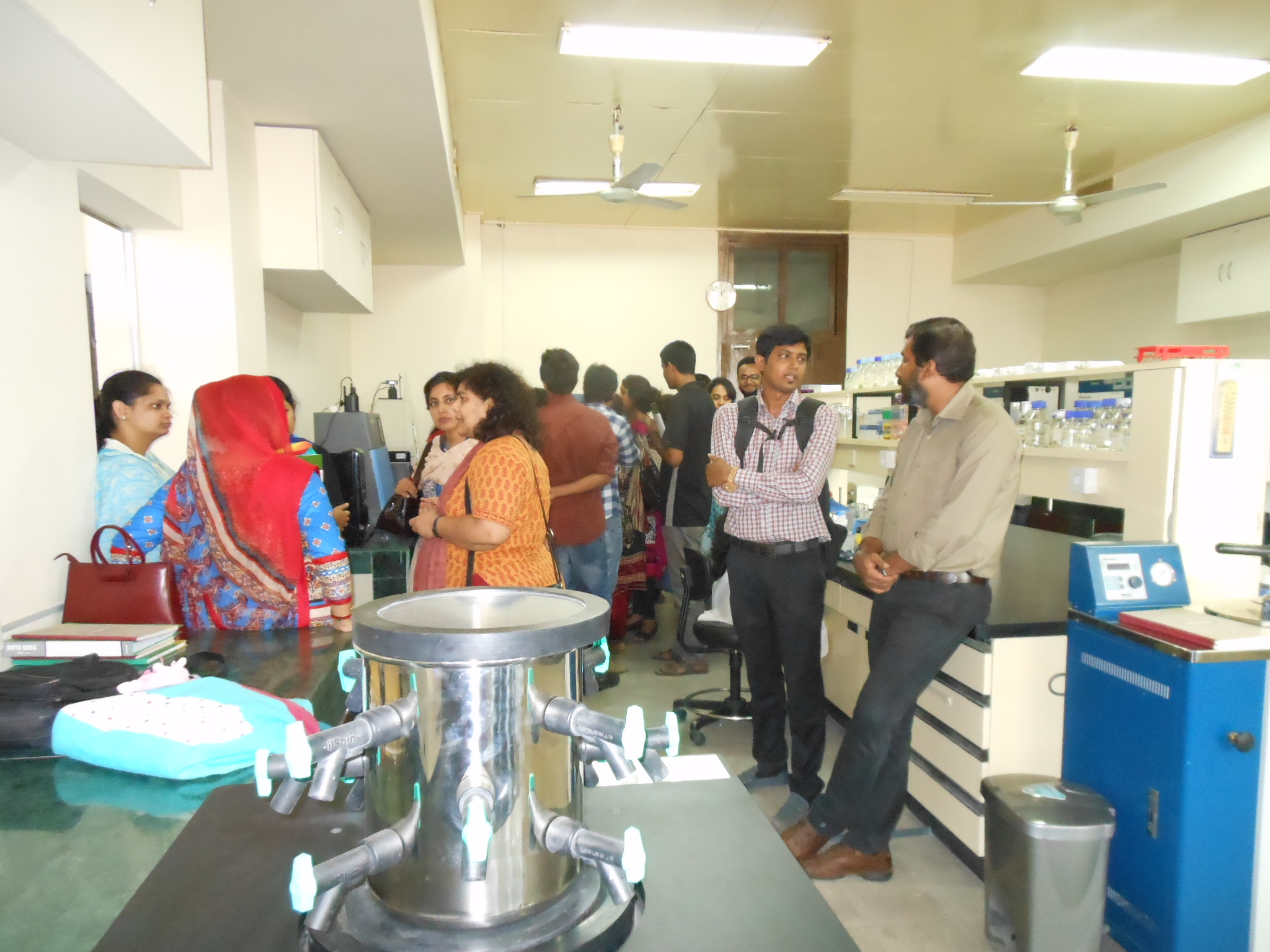 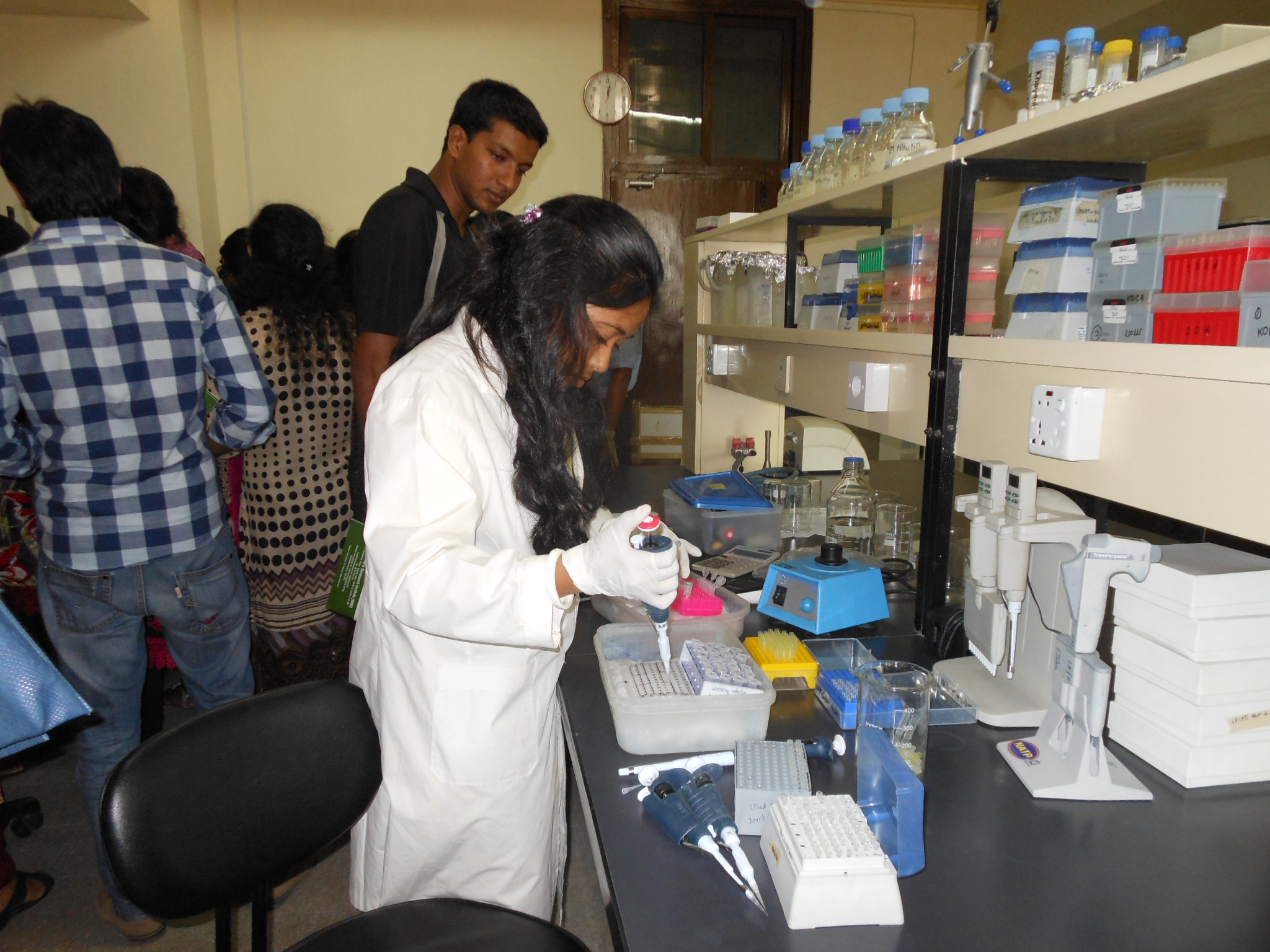 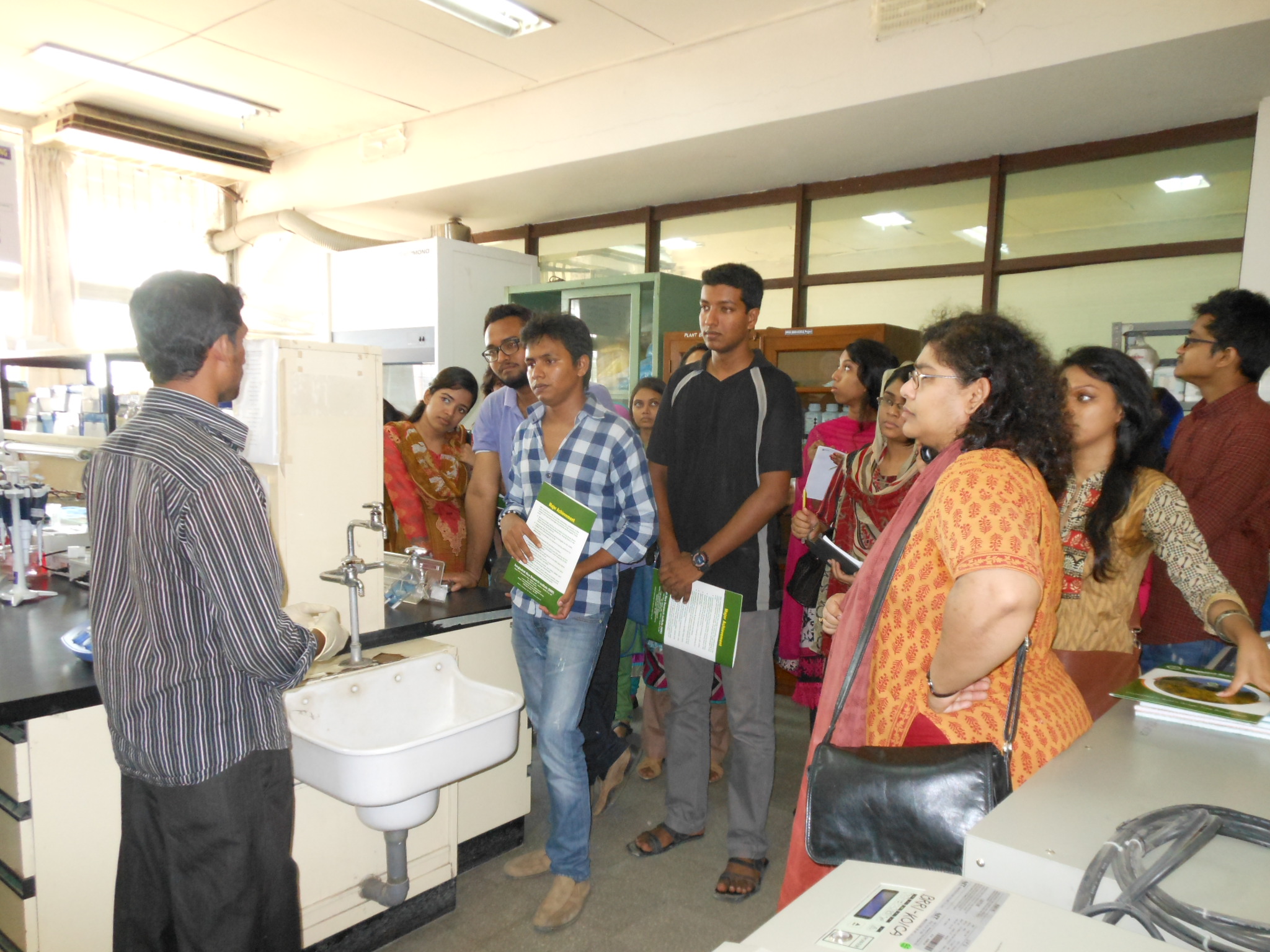 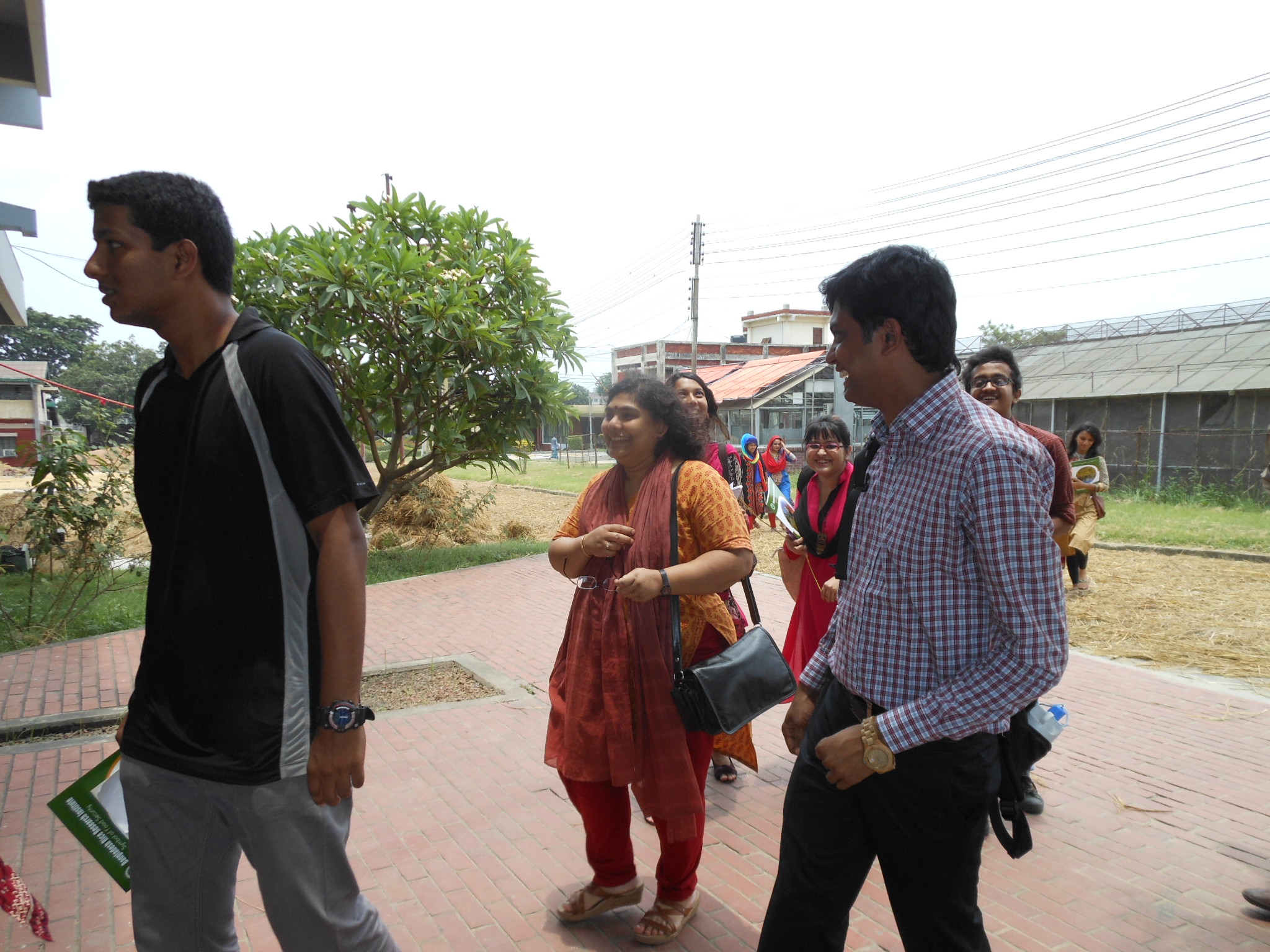 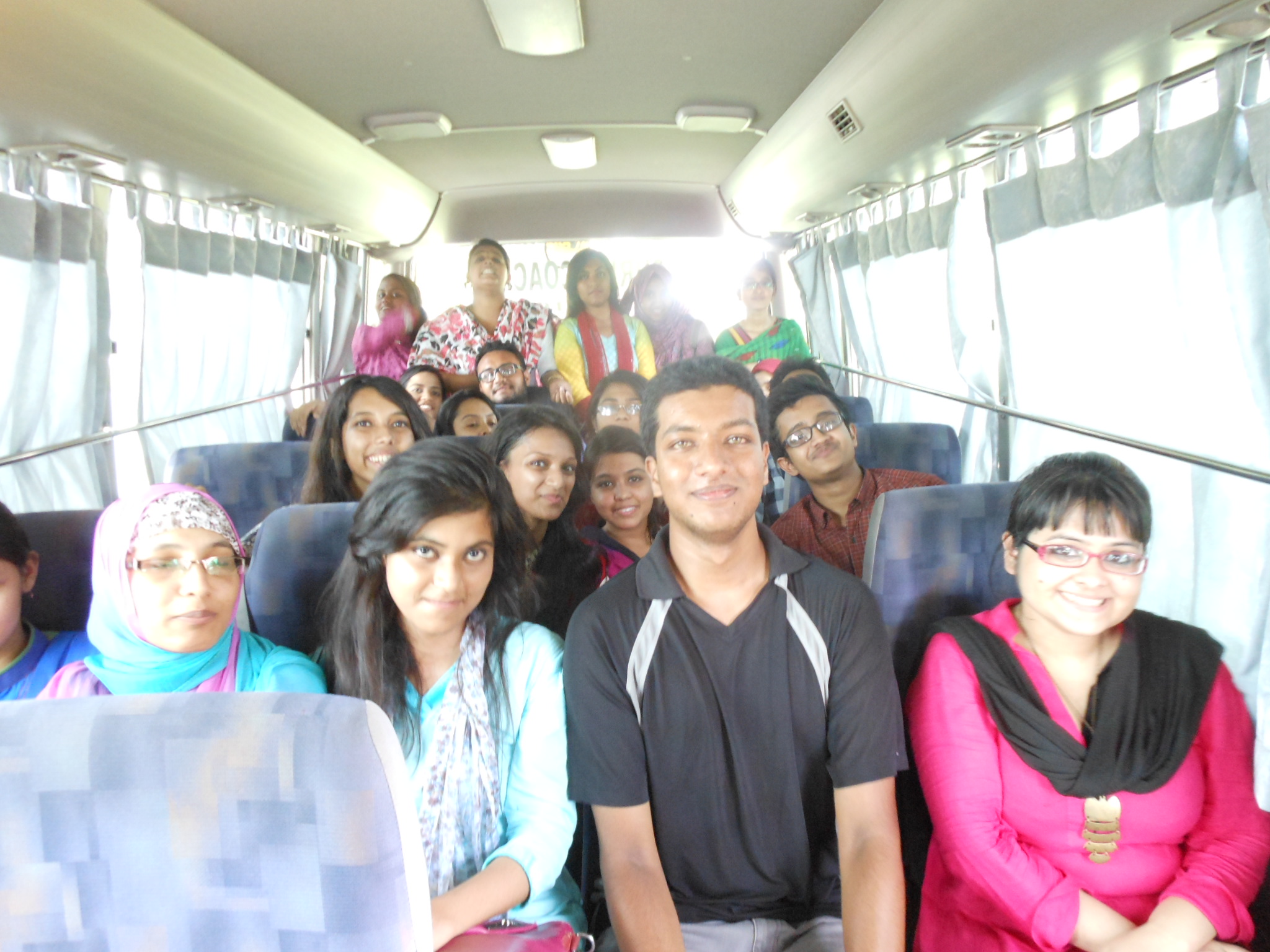 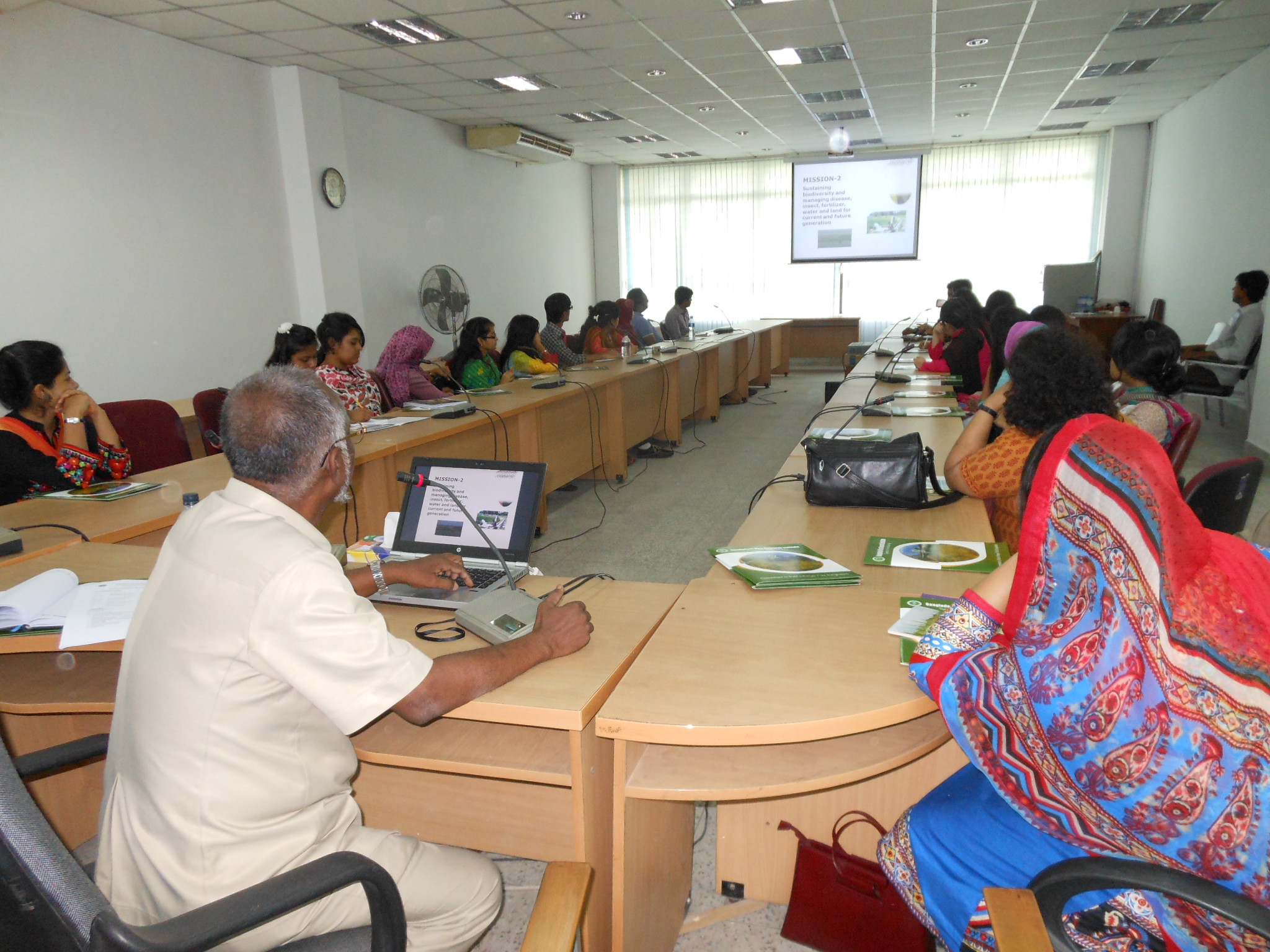